When is the best time to fly to Oceania?

C$ 2820
C$ 2310
C$ 1790
C$ 1282
The best time to fly to Oceania is during April, but great deals can be found at other times. If weather is an important factor for you when considering when to fly to Oceania, the warmest period tends to be July, with the wettest being November.

When is the best time to book flights to Oceania?

Booking 60 days in advance of your planned departure date is, on average, the best time to get cheap flights to Oceania. The general trend is that the closer you book to the departure date, the more expensive your flight will be.

Which day is cheapest to fly to Oceania?

At the moment, Monday is the most economical day to take a flight to Oceania. Friday is likely to be the most costly.

To get the best value, try booking a flight in the morning when visiting Oceania. Generally the prices will increase for flights in the evening as these tend to have higher demand.

Australia is a traveller’s dream, with its unique and contrasting landscapes, remarkable wildlife and laid-back, cosmopolitan cities. Equally blessed with natural beauty is its smaller, far flung neighbour New Zealand, with its flowing rivers, ancient forests and stunning glacial mountains, referred to by the indigenous Maori as Aotearoa (Land of the Long White Cloud).

South Pacific islands such as Fiji are popular destinations for short breaks and honeymooners. An archipelago of 300 islands, Fiji has some of the best diving in the world and a blend of fascinating cultures. But of all the islands in the continent, the one that epitomises the South Pacific is Tahiti in French Polynesia. Its tropical waters and sandy coves have attracted visitors for years.  Post-Impressionist artist Paul Gauguin was so inspired by the island that he abandoned his native France to move there.

The climate throughout most of the region is pleasant year-round; winters are mild and almost non-existent in northern Australia and some islands. Summers are hot, but rarely unbearably scorching, except for the outback, the inland desert areas of Australia.

When to fly to Oceania

Summer is between December and February and is the peak season for domestic travel in Australia. New Zealand is a popular skiing destination in winter. For South Pacific islands such as French Polynesia, Fiji and the Cook Islands, the best time to go is in the dry season, from May to October. During the wet season, generally from December to March, it’s very humid and there can be tropical cyclones. Papua New Guinea has a monsoonal climate, while Guam is wet year-round and typhoons tend to occur between July and November.

Given the distance, domestic flights are the best option for travelling within Australia and New Zealand. Interstate trains and buses cover most of Australia, as long as you’re not in a hurry. New Zealand has an excellent bus service but to really explore the country at your own pace, hire a car.

Flights to the Pacific Islands, PNG and the Cook Islands are available but might require flying via Australia or New Zealand. Taxis in Guam, the Cook Islands, Papa New Guinea and Fiji, are not always metered, so it’s best to agree on a fare to your destination in advance. 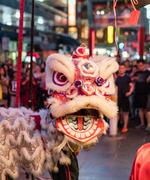