When is the best time to fly to Orlando?

The best time to fly to Orlando is during June, but great deals can be found at other times. If you are looking for warm weather when you arrive off of your flight to Orlando then July is statistically the hottest. June is historically the period with most rainfall.

When is the best time to book flights to Orlando?

The best time to book flights to Orlando is 59 days before your desired departure date. The cost of your flight will likely increase significantly if you book two weeks in advance of your flight.

Which day is cheapest to fly to Orlando?

The cheapest flights to Orlando are usually found when departing on a Wednesday. The departure day with the highest cost at present is Thursday.

Orlando flights can be made cheaper if you choose a flight at noon. Booking a flight in the morning will likely mean higher prices.

Orlando, Florida is one of the most popular resorts in the United States, and a fantastic place to visit for a family vacation. The region is home to some of the most famous attractions worldwide. Cheap flights to Orlando will bring you close to Walt Disney’s Magic Kingdom, Epcot Center and many other world famous sights. Orlando is not just for children though;  there are plenty of activities in the area for all members of the family to enjoy.

With a wide range of excellent restaurants serving a variety of cuisines, and superb nightlife options for adults, there is something for everyone in Orlando. Many people choose to take a vacation to the Sunshine State in December, but cheap flights are available all year round.

There are so many places to choose from in the Orlando area. The Gold Coast is famous for its stunning beaches and superb diving conditions, and it is certainly worth hiring a car to take a trip to the likes of Cape Canaveral – famous for space rocket launches and the fascinating Kennedy Space Center. The beautiful vista that is Cocoa Beach boats unrivalled beaches that are very popular. The Florida Keys also draw in many visitors and can be easily reached through the many cheap flights offered. While you’re there, visit Key West and enjoy its laid-back feel and Caribbean vibe.

The availability of cheap flights to Orlando means you can spend your vacation anywhere in Florida, from the beautiful cities of Tampa and St Petersburg to the delights of glamorous Miami, one the most electric cities in the United States. The unique experience of taking an airboat ride across the swamps in the Everglades is not to be missed and the amazing wildlife and scenery you’ll find there stand in direct contrast to Florida’s bustling, lively cities.

How long is the flight to Orlando?

Traveling from Toronto to Orlando by airplane will take 2h 45m on its shortest flight. A flight from Montreal will take a little longer, just 3h and 15m on its quickest flight. If flying from cities in Western Canada like Vancouver, you can catch a short flight which will last 5h 34m. Some of the longest flights to Orlando will be from Saskatoon and Halifax with both being a little over an 8h flight.

Where can you get direct flights to Orlando?

There are a few cities in Canada where you can catch a direct flight to Orlando. From St. John’s, WestJet has a nonstop flight that lasts 5h 6m. This same airline offers a direct flight from Calgary to Orlando. On Swoop, a Canadian airline, you can also fly from Edmonton to Orlando nonstop. This flight lasts only 4h 55m.

How do you get from the Orlando airport to the city centre?

To get to downtown Orlando, you can either take a bus, taxi or shuttle van. The bus is the most economical choice and you can catch it on the Ground Transportation Level of the airport. The shuttle vans also park here. This includes the Double Tree Hilton Shuttle and the Crowne Plaza Shuttle which provide complimentary transportation from the airport to their downtown hotel. On Level 2, by the arrival hall, you’ll find several taxi cabs. Major car rental companies such as Alamo, Avis, Hertz, and Enterprise also have offices at the Orlando Airport making it easy and convenient to rent a car while visiting Orlando.

What are some things to do in Orlando?

Orlando is home to numerous theme parks including Magic Kingdom Park, Sea World, and Universal Studio Parks. Consequently, many Orlando tourists enjoy spending a day or two at one or more of the parks. Surrounded by lakes and the Florida Everglades, water sports and outdoor activities such as fishing, paddle boarding, jet skiing, and airboat rides are also popular things for visitors to do. On rainy days, you can also tour a few landmarks and sights such as Madame Tussauds Orlando, Maitland Art Center, Antique Row, or the Orlando Science Center.

Do I need a passport or visa to fly to Orlando?

If traveling from a Canadian city to Orlando, a passport or visa is not a requirement for entrance into the United States. Instead, most Canadians traveling to the United States have either an Enhanced Driver’s License or NEXUS card. However, if you have a passport, this will suffice and you won’t need any other documents. If traveling with a child, be sure to bring their birth certificate with you if you don’t have a passport or NEXUS card for them. 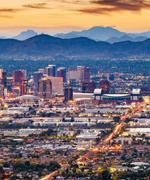 Prices found by our users for local departures to Orlando

Other local departures to Orlando