At the moment, there are flights only in the morning for your Lesotho trip.

Known as the Kingdom in the Sky, the small country of Lesotho is the highest in the world, the only country to be entirely above 1,000m. Though encircled on all sides by South Africa, the country remains very separate, geographically set apart by the borders of the Maluti and Drakensberg Mountains. Most travellers who book flights to Lesotho come for the activities on offer in these spectacular mountains: horse riding, trekking, fishing and bird watching.

All Lesotho flights arrive in the capital, Maseru. Set in the western lowlands, Maseru is a laidback town, popular with tourists who want to get a taste of southern Africa. The city is the most modern in the country and may be the only place to stock up on Western supplies. From here, travellers head off to the mountains and highlands. The Basotho villages in the mountains are remote, often accessible only by horseback. Trekking or horse riding are the best ways to see all the country has to offer, from the Maletsunyane Falls near Semonkong, at 192m one of the highest waterfalls in Africa, to the southern bald ibis, an endangered species only found in and around Lesotho.

Temperatures in Lesotho can vary greatly depending on where and when you arrive. Summer lasts from October to April and is hot and rainy. January and February are the hottest months. Downpours are frequent from March to May, with sunny days sneaking in every once in a while. The lowlands stay warm at 30 C while it’s much cooler in the higher altitudes. Snow falls year round in the mountains and from May to September everywhere else. It can get very cold in the winter, especially in the highlands.

When to fly to Lesotho

The only consideration for visit to Lesotho is the weather. The country has more than 300 days of sunshine a year and clearly defined seasons.

The autumn months of February to April are perfect for outdoor pursuits such as hiking and camping. Moshoeshoe Day is March 14. The day is in honour of the country’s founding father. People dress up in Lesotho’s national dress and parade from the Palace to the Sotho Stadium dancing, riding horses or herding bulls. At the stadium there are military and police parades.

The summer lasts from November to January but this is also the time of the most rain and the least tourists arrive on Lesotho flights between December and January. May to July can be very cold with snow on the Maluti mountains.

The Moshoeshoe I International Airport is Lesotho’s principal gateway. South African Airways operates regular flights to and from Maseru, the capital. It is possible to get internal Lesotho flights from here too, accessing some of the more remote villages by small chartered aircraft.

There is also a good network of buses, minibuses and taxi services, but no train services. Charter air services are available. 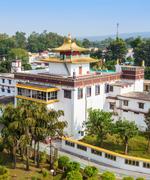 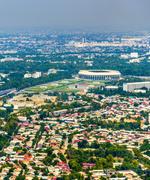