Which day is cheapest to fly to Kuching?

Monday is currently, on average, the cheapest day to fly to Kuching. Flying on Wednesday will result in higher flight prices.

Flights in the afternoon are typically the cheapest time of the day to fly to Kuching. Flights in the evening are usually the most expensive.

The territory of the Asian island of Borneo is divided amongst three countries. Located in the north of the island, Kuching is officially part of Malaysia and is undoubtedly Borneo’s most sophisticated city. A vibrant mix of cultures and cuisines, the city is ideal for wandering around on foot, with a fascinating blend of Colonial-style buildings, Chinese temples and stylish hotels just waiting to be explored.

Kuching is famous for its superb selection of museums. The Sarawak Museum has been in existence since 1891 and is home to a wonderful collection of cultural artefacts which help to tell the story of the island of Borneo and its people. Located on the city’s waterfront, the Chinese History Museum is another attraction which draws a large number of visitors, providing an insight into the differing cultures of the nine Chinese communities. Cat lovers will adore both the Cat Museum and the various cat statues which are spread throughout the city. As the word ‘kuching’ means ‘cat’ in Malay, felines are very popular here.

Away from the city centre, there is a wealth of natural beauty and exotic wildlife to be encountered. Semenggok Wildlife Rehabilitation Centre carries out essential work in rehabilitating injured and orphaned orangutans. Visitors to the centre have the rare opportunity of watching these magnificent creatures at play in their natural habitat and, if they so wish, can donate to their future welfare.

When to fly to Kuching

The city has a tropical rainforest climate and is considered the wettest area in the whole of Malaysia. To avoid the worst of the rain, the best months of the year to visit are from April to October, when the weather is at its driest. Two of the area’s most famous festivals also take place during this time, with the Gawai Dayak Festival held in June and the Rainforest Music Festival an annual fixture in July.

November through to February is usually the cheapest period to visit the city as this is the main monsoon season.

Kuching has a good bus network, with the majority of services leaving from the western end of the city waterfront area. There is also a free sightseeing bus in operation which takes in most of the main attractions in the city centre. Taxis can be found at the market, the main bus terminal and outside the major hotels. All official taxis are fitted with meters but drivers do not always necessarily use them. 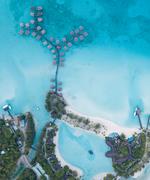