Cheap flights to Atlanta in May, June 2022

The best prices found for ATL flights for May, June

Cheap flights to Atlanta found for this year

Late deals on round-trip flights to Atlanta, departing today and this week

Can I fly to Atlanta Hartsfield-Jackson from Canada right now?

Most visitors from Canada need to provide a negative COVID-19 test result and/or quarantine to enter Atlanta Hartsfield-Jackson.

Quarantine requirements
Visitors from Canada are not required to quarantine after entering Atlanta Hartsfield-Jackson.


Can I fly back to Canada from Atlanta Hartsfield-Jackson?

Returning to Canada from Atlanta Hartsfield-Jackson

Quarantine requirements
Visitors from Atlanta Hartsfield-Jackson are not required to quarantine after entering Canada.

The cheapest ticket to Atlanta found for each month in 2022 based on historical flight searches by Cheapflights users.

When is the best time to fly to Hartsfield-Jackson Airport?

Average Atlanta Hartsfield-Jackson flight ticket prices and weather conditions for 2022 and 2023 by month.

When is the best time to book a flight to Atlanta?

Booking 59 days in advance of your planned departure date is, on average, the best time to get cheap flights to Atlanta. The general trend is that the closer you book to the departure date, the more expensive your flight will be.

Which day is cheapest to fly to Atlanta?

The cheapest flights to Atlanta are usually found when departing on a Tuesday. The departure day with the highest cost at present is Sunday.

What time of day is cheapest to fly to Atlanta?

Atlanta flights can be made cheaper if you choose a flight in the evening. Booking a flight at noon will likely mean higher prices.

When to fly to Atlanta

Peak Season:
Spring and fall are when most travellers book cheap flights to Atlanta. The temperatures are comfortable for sight-seeing.

Off Season:
The humid summer months are off season in Atlanta.

Atlanta is where the Old South meets the New South. Antebellum mansions may be few and far between but there are plenty of historical buildings standing just streets away from post-modern skyscrapers. One of the fastest-growing cities in the U.S., it has several claims to fame: the world’s busiest airport (Hartsfield-Jackson Atlanta International Airport, therefore no shortage of cheap flights to Atlanta), the world’s largest aquarium (Georgia Aquarium), the world’s largest open air, roadside fruit and vegetable stand, the oldest professional dance company in America (Atlanta Ballet), the CNN Center and … the World of Coca-Cola.

The city retains Southern charm. Many establishments serve a traditional Southern breakfast of biscuits with gravy, eggs, grits, and meat while there are plenty of restaurants serving cuisines from around the world.

A place such as the Road to Tara Museum, where Margaret Mitchell handed over the manuscript of Gone With The Wind to her publisher, draws many visitors each year as does the Sweet Auburn District which reflects the history and achievements of Atlanta’s African Americans.

Hop on Atlanta’s subway, which is run by Metropolitan Area Rapid Transit Authority, and you’ll be downtown in 15 minutes. The transit authority also runs the buses. Atlanta has notoriously bad traffic, some of the worst in the world, so you’ll want to avoid driving if you can. A nice way to avoid traffic is biking the 24km loop in Piedmont Park, or head a few kilometres northeast of Atlanta’s downtown to hike through Fernbank Forest.

Overall, Atlanta Airport is organized and efficient. However, it’s fairly easy to get lost if you’re a first-time visitor. Luckily there’s an abundance of information desks and helpful staff. An Automated People Mover ensures that passengers travel between terminals and concourses with ease and efficiency.

What airport do you fly into for flights to Atlanta?

How popular are flights to Atlanta Hartsfield-Jackson (ATL) this year?

This year has seen a 13% increase in flight searches for Atlanta.

See alternative destinations where airfare is generally forecast to be close to Atlanta flight prices. 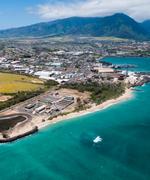 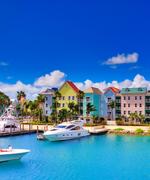 Find the best Atlanta flight deals for you

Cheap tickets to Atlanta found by our users in Canada as recently as May 12, 2022.

Other local departures to Atlanta Hartsfield-Jackson from Canada

Not set on Atlanta? See the cheapest flights to Canada. Airfare prices updated on May 12, 2022.