Can I fly to Havana Jose Marti Intl from Canada right now?

Most visitors from Canada can enter Havana Jose Marti Intl without restrictions.

Quarantine requirements
Visitors from Canada are not required to quarantine after entering Havana Jose Marti Intl.

Documents
Health Declaration Form - All travelers must complete an online form a maximum of 72 hours before their arrival. Paper forms are no longer available. After travelers complete the form, they will be given a QR code that can be scanned on arrival.

Can I fly back to Canada from Havana Jose Marti Intl?

Quarantine requirements
Visitors from Havana Jose Marti Intl are not required to quarantine after entering Canada.

What is the cheapest month to fly to Havana?

The cheapest ticket to Havana found for each month in 2022 based on historical flight searches by Cheapflights users.

When is the best time to fly to Jose Marti Intl Airport?

Which day is cheapest to fly to Havana?

The cheapest day to fly to Havana is usually Tuesday. At the moment, Thursday is the most expensive.

What time of day is cheapest to fly to Havana?

Flights in the morning are typically the cheapest time of the day to fly to Havana. Flights at noon are usually the most expensive.

Havana is the largest city in the Caribbean and arguably the one with the most diverse attractions and sights. Nearly half a century of Socialist rule has left its mark on Cuba’s capital. Travellers booking cheap flights to Havana may have a stereotypical image of the city: its famous 1950s American cars with huge fins cruising past colonial-style buildings that have seen better days, against a backdrop of socialist posters.

The past decade has seen huge change – major regeneration projects have cleaned up the old buildings and historic squares, new grand hotels are opening, tourists are more welcome than ever before in casa particulares (private homes) and a dual economy has grown around the tourist dollars and Cuban pesos. It is a city on the cusp of change; making it all the more fascinating to visit.

Tourist “must-sees” include Habana Vieja (the old town), the Catedral de San Cristobal, the Museo de la Ciudad (Museum of the City), Museum of the Revolution and the spectacular beaches. After a long day sightseeing, don’t miss the chance to sample some of the local drinks. Havana is the home of the mojito.

In a word, tropical. Havana’s climate is pleasant year-round. Average winter temperatures are 22 degrees Celsius (71 degrees Fahrenheit) rising to 28 degrees Celsius (82F) in August. Rarely do temperatures fall below 10 degrees (50F). The dry season runs November through April, the rainy season, May through October. There is no bad time to take cheap flights to Havana, the city gets more than 330 sunny days a year.

When is the best time to fly to Havana?

Peak Season:
The winter months are peak season. This is when most travellers take cheap flights to Havana to escape the winter. July and August when schools are out, Christmas, Easter and the weeks surrounding July 26, when Cubans mark the anniversary of Fidel Castro’s attack on the Moncada garrison in Santiago de Cuba. New Year’s Day is a double celebration. Not only do Cubans celebrate the new year, they also commemorate the day in 1959 when Fidel Castro overthrew the Batista regime and swept into power.

Off Season:
There really is no bad time to visit Havana. Rainy season is May to October but even during these months there are dry spells when visitors can dodge the showers.

Havana’s bus system is unreliable, so take one of the shuttle or tour buses that cater to travellers. You may want to try a camel, which in this case is not a humped desert animal, but a tractor-pulled passenger car. These take people all around the city, but are for the more adventurous traveller. You can find tourist taxis easily at hotels, transportation centres and major sightseeing spots. Havana taxis charge rates in US dollars and can be very affordable. Freelance taxis are illegal, and while the passengers aren’t punished, the drivers might refuse to drop you in front of your hotel. It’s always a good idea to settle your price before you get in the car. Walking around is a great way to soak up the city’s colour, especially in La Habana Veija, but you can also take horse-drawn carriages, two-seater Coco Taxis and antique cars to get you to your next stop.

What airport do you fly into for flights to Havana?

See alternative destinations where airfare is generally forecast to be close to Havana flight prices. 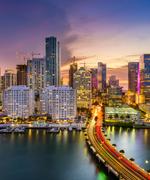 Find the best Havana flight deals for you

Cheap tickets to Havana found by our users in Canada as recently as June 23, 2022.

Other local departures to Havana Jose Marti Intl from Canada

Not set on Havana? See the cheapest flights to Canada. Airfare prices updated on June 23, 2022.