Canada is a huge country, made up of 10 distinct provinces and 3 territories, encompassing mountain ranges, vast prairies, charming small towns and cosmopolitan cities. Named the number one country to visit in 2017 by Lonely Planet, Canada has also been celebrating its 150th year of confederation this year. Canada may have officially celebrated the big 1-5-0 on July 1st, but there are still plenty o ways to celebrate our great country. All of these to-do list items have 2 things in common: they’re iconically Canadian and they are worth hopping on a flight for (especially when you’ve gotten the flight at a great price with the help of Cheapflights.ca). We’ve put together a list of some of the most quintessential things this country has to offer – from food to wildlife to outdoor adventure – and where to experience them.

1. Sip a classic Bloody Caesar where it was invented

While you can enjoy a Caesar almost anywhere in Canada, our signature cocktail was invented at what is now the Westin Hotel in downtown Calgary. The iconic drink made its debut in in 1969 when a bar manager for what was then the Calgary Inn (now the Westin), named Walter Chell was asked to come up with a signature cocktail for the opening of the inn’s Italian restaurant. After some experimenting with various ideas, Chell took his ultimate inspiration for the mighty Caesar from an unlikely source: spaghetti vongele (spaghetti with clams), a dish on the new restaurant’s menu. The bar manager mixed clam juice with tomato juice, added some spices, Worcestershire Sauce and an ounce of vodka and dubbed his drink the Roman Emperor – a savoury, tangy beverage that is now the Caesar.  Sip one in the place where it was born where the recipe sticks to its classic roots.

2. Skate along the Rideau Canal Skateway

Ottawa is home to Ontario’s only UNESCO World Heritage Site, Rideau Canal, which when it freezes in the winter, is also the world’s largest naturally frozen skating rink. Rideau Canal Skateway measures nearly 8 kilometres in length, runs through the heart of Ottawa and access is free (if you don’t have your own skates, you can rent a pair). There are heated change huts all along the canal, as well as stands selling food and hot beverages. If you really want to add to your iconic Canadian experience, get yourself a beaver tail. The delicious, deep fried beaver-tail-shaped pastry topped with cinnamon and sugar was invented in Ottawa in 1978. And if you happen to visit in February, you can take part in Winterlude, a 3-week celebration of all things winter, happening February 2-19, 2018.

3. Hang out with polar bears

While we don’t recommend getting too close to a polar bear, one of the best places in the world to see the spectacular animals in their natural habitat is Churchill, Manitoba, a destination dubbed the polar bear capital of the world. Prime viewing times are in October and November and specially-designed tundra vehicles allow for smooth movement over the snow and ice, as well as safe viewing. There are several companies that offer polar bear viewing experiences and they all have to adhere to strict guidelines laid out by Manitoba Conservation to ensure the bears and their territory are respected. Some options for expedition companies include Churchill Wild, Frontiers North Adventures and Lazy Bear Expeditions.

4. Visit the largest beaver dam in the world

What’s more Canadian than a beaver, the country’s national symbol? The largest beaver dam in the world can be seen in Wood Buffalo National Park, located in northwest Alberta and the southern part of the Northwest Territories. Wood Buffalo is also Canada’s largest national park, about the size of Switzerland, and in addition to the world’s largest beaver dam, it is home to wolves, black bears, the world’s last surviving whooping cranes and the rare wood bison. The park is accessible by road year-round from the town of Fort Smith in the Northwest Territories. Created in 1922, the park is also a UNESCO World Heritage Site and filled with opportunities to hike, backcountry camp, paddle and even catch sight of the Northern Lights.

5. Enjoy some poutine where it was (reportedly) invented

There are a few places that claim to have invented the decadent dish of French fries and cheese curds smothered in gravy, and all of them are in rural Quebec. The gooey, cheesy comfort food can be eaten well beyond Quebec’s borders, but why not enjoy some in the province that takes credit for the dish’s inception? Your best option for a venue claiming to be the originator of poutine is Le Roy Jucep in Drummondville, Quebec, which holds the trademark as “l’inventeur de la poutine” (the inventor of poutine). Their menu consists of over 20 variations on the iconic dish, served up in a classic diner-like setting.

If there’s one thing that Canada is known around the world for in terms of food, it’s peameal bacon (also called Canadian bacon) and one of the best places to sample it is at Carousel Bakery in Toronto’s historic St. Lawrence Market (which is in itself well worth a visit). The bakery has been at the same location in the St. Lawrence Market for over 30 years and serves up well over 2,000 sandwiches (just simple grilled peameal bacon on a Kaiser bun) on a busy Saturday. The unassuming but ultra-popular sandwich has fans in celebrity chefs like Bobby Flay and Emeril Lagasse, as well as world-traveller, former chef and TV personality Anthony Bourdain.

The longest and highest lift in the world joins Whistler and Blackcomb Mountains in a breathtaking 4.4-kilometre, 11-minute journey consisting of unforgettable views no matter the season. The spectacular ride is a unique way to experience panoramic views of the 2 mountains and makes for an easy way to ski or snowboard on both in 1 day. But if you don’t ski or snowboard, the Peak 2 Peak Gondola is also meant for sightseers who want to ride through the clouds, gazing at lakes, forests and mountain peaks below.

8. Be awed by the highest tides in the world

Bay of Fundy, image via Pixabay.com

The Bay of Fundy, home to the highest tides on earth, is one of the 7 wonders of North America and a UNESCO Biosphere. It’s also where, at low tide, you can actually walk across the ocean floor. The Bay separates the province of Nova Scotia (to the southeast) from New Brunswick to the northwest and an astonishing 160 billion tonnes of seawater flow in and out of the Bay of Fundy twice each day. If you want to see high and low tide in 1 day, it takes roughly 6 hours and 13 minutes for the tide to go from low to high (or vice versa). If you want to see those record-breaking tides, the best places to do it is around the 2 upper basins of the Bay in what’s known as the World’s Highest Tides Ecozone, where tides reach a peak of 16 metres (about the height of a 5-storey building).

9. Visit the site that inspired Anne of Green Gables

Lucy Maude Montgomery’s beloved Anne of Green Gables is an iconic part of Canadian literary history and Cavendish, Prince Edward Island is home to the site that inspired the novel, which was an immediate success when it was first published in 1908 and has since translated into over a dozen languages. Visitors to Cavendish can spend time at Green Gables Heritage Place in Prince Edward Island National Park to see the site that inspired the much-loved tale. Explore Green Gables House as well as several other museums and sites dedicated to the author and Anne of Green Gables. Depending on when you visit, a popular musical version of the story runs every summer at the Charlottetown Festival, which also holds a Guinness World Record as the longest running annual musical.

Natalie Lucier, Iceberg in Newfoundland via Flickr CC BY 2.0

If you’ve ever wanted to see an iceberg up close, Iceberg Alley in Newfoundland & Labrador is one of the best places in the world to do it. Iceberg Alley stretches from the coast of Labrador to the southeast coast of Newfoundland and the best time to see the icebergs is from spring to early summer. See them via boat tour, kayak or from land, depending on your preferred way to sightsee. On a boat tour, you might also catch sight of whales and seabirds. Most of the icebergs you see off of Newfoundland and Labrador come from the glaciers of western Greenland, while the rest come from glaciers in Canada’s Arctic.

What else would you add to your Canadian bucket list? Let us know in the comments below. And when you’re ready to get out and explore big, beautiful Canada, Cheapflights.ca can help you find the flight to get you there. 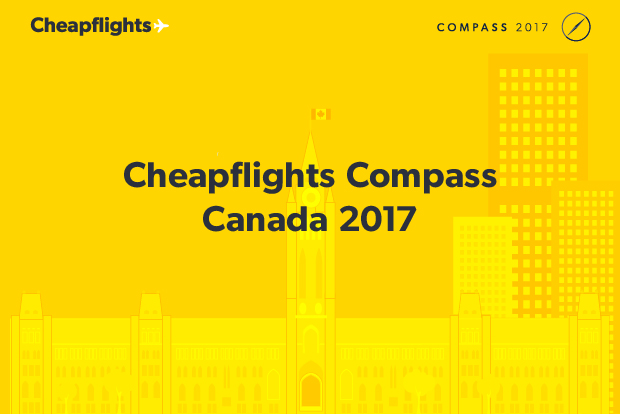 Canada is a country of travellers. We know that because we’ve done the research; Canadians searched for flights more than...
Jess Hopper 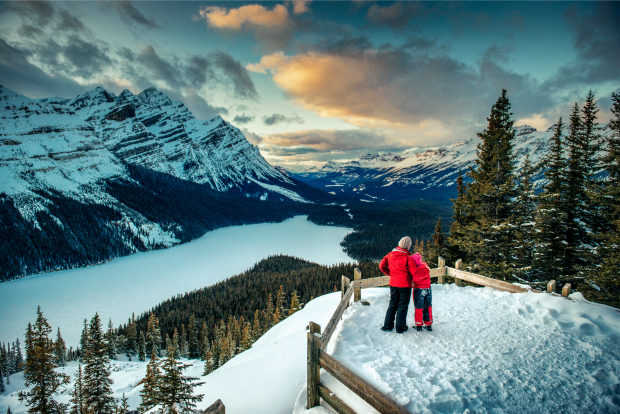 15 ways to celebrate Canada’s 150th on the cheap

As if you weren’t proud enough already, 2017 is the year to get patriotic and celebrate Canada’s birthday. This year...
Jess Hopper 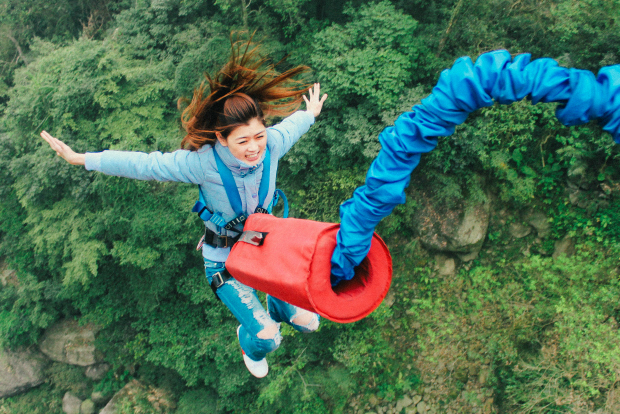 There are so many wonderful adventures to be had in the world – from hiking through Banff National Park to...
Jess Hopper 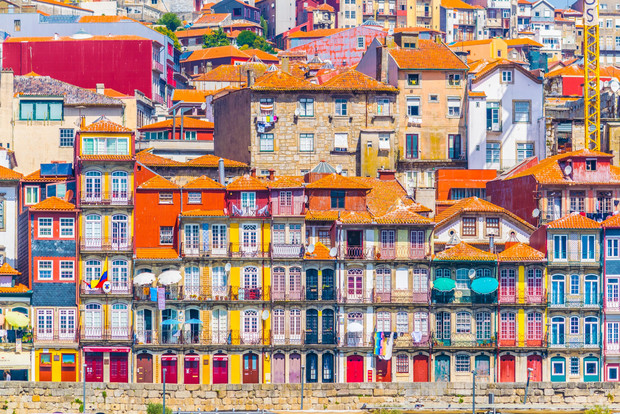