When is the best time to fly to Vientiane?

C$ 2250
C$ 1760
C$ 1260
C$ 769
Flying to Vientiane in October is usually considered the best time to fly. However, you will find other deals are always available year round. April sees the temperatures in Vientiane peak to their warmest. August tends, on average, to see the most amount of rainfall.

When is the best time to book flights to Vientiane?

Booking 58 days in advance of your planned departure date is, on average, the best time to get cheap flights to Vientiane. The general trend is that the closer you book to the departure date, the more expensive your flight will be.

Which day is cheapest to fly to Vientiane?

The cheapest day to fly to Vientiane is usually Monday. At the moment, Saturday is the most expensive.

Vientiane is located on the north bank of the Mekong River on the border of Laos and Thailand. It is a small city and much more laid back and less hectic than many other cities in South East Asia. This fact lends itself to the off the beaten track feel that Laos has. Nicknamed the ‘City of Charm’, Vientiane prides itself on being friendly and welcoming. The Lao National Museum is a great place to start your visit. Featuring French Colonial architecture, the building became a museum in 2000, after a long history of use by the government and monarchy. There are many temples and stupas to visit, with fascinating histories and architecture. Pha That Luang dates back to the 16th century and Wat Si Saket has a museum and hundreds of Buddha images placed in the wall. There are plenty of shopping opportunities at shopping centres and handicraft stalls selling silk and other traditional textiles. For a self reflective moment or two, try the Lao Dhamma Center for some meditation or relax at Adina or Champa Spa. Watch or try out the local martial art Muay Lao at Kuanjai Sikhot Boxing Gym. A wide range of food is available throughout the city from local Lao dishes to many global cuisines, including Tex Mex, French, Italian and Chinese.

When to fly to Vientiane

The best time to visit Vientiane, for the sunniest weather, is the dry season during October to April, with the high season being November to February. May to September is the rainy season, but there are still some sunny days and it is usually the cheapest time to travel. High and low temperatures are between 20 and 30 degrees most of the year, but can get higher in March and April. There are festivals and events throughout the year. Boun Ok Phansa and the Boat Racing Festival take place in September and October, marking the end of the rainy season and the Buddhist monks’ fast. Candlelight processions are followed by the release of floating decorations on the Mekong River, there are also celebratory boat races. Lao New Year is in April and Hmong New Year is in November.

When travelling around Vientiane, you will need to bargain with the driver of taxis, tuk-tuks or jumbos. Don’t be surprised if other passengers jump on board on the way, tuk-tuks and jumbos are considered public transport. Buses run around the city and to the outskirts. You can also hire cars or bicycles, if you prefer to be independent. There are guided bicycle tours around the city, a wonderful way to see the sights at a slower pace. 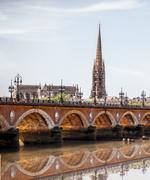 Other local departures to Vientiane