When is the best time to fly to Najaf?

C$ 2740
C$ 2190
C$ 1640
C$ 1095
Whilst there are several times of the year to choose from, February is seen as the time to fly to Najaf, however, it is possible to get good deals throughout the year. July sees the temperatures in Najaf peak to their warmest. February tends, on average, to see the most amount of rainfall.

When is the best time to book flights to Najaf?

The best time to book flights to Najaf is 54 days before your desired departure date. The cost of your flight will likely increase significantly if you book two weeks in advance of your flight.

Which day is cheapest to fly to Najaf?

At the moment, Sunday is the most economical day to take a flight to Najaf. Monday is likely to be the most costly.

Flights in the afternoon are typically the cheapest time of the day to fly to Najaf. Flights in the evening are usually the most expensive.

The Iraqi city of Najaf is one of the great cities of the Islamic world, and has all of the spirituality and architectural splendor that you would expect from an important pilgrimage site. And it’s also a welcoming place for visitors to experience, with vibrant markets to explore.

The city is renowned amongst Shi’ite Muslims as the burial place of Imam Ali, the son-in-law of the Prophet Muhammad, and Ali is honoured by the beautiful Tomb of Ali Ibn Talib. Every year, tens of thousands of worshippers visit the shrine, paying their respects to one of the forefathers of the Islamic faith, and although tourists can’t enter the innermost sanctum, they can see the stunning architecture and experience the excitement of the pilgrimage in full flow.

However, Najaf has more to offer than Ali’s tomb. Head to the Mosque of Imam Ali, another of the Islamic World’s great sights, with its splendid golden gilded dome and walls that are inlaid with sacred relics. Visitors can also see the outside of the town’s famous seminary – a teaching site for Shi’ite clerics across the world.

Visitors to the city can also take in the famous market of Najaf, which offers deliciously fresh locally grown dates and other fruits, as well as traditional clothing and crafts products that would make for unique souvenirs.

It is also possible for visitors to join specially organised tours to other sacred cities in Iraq such as Karbala (home of the shrine of the Imam Hussein) or Kufa with its stunningly serene mosque. It will also be possible to enlist local experts who can drive visitors to even more ancient sites such as Babylon or Nineveh – with their extraordinary gateways and palaces.

When to fly to Najaf

Najaf is almost always an extremely warm destination to visit and the region around the city does not experience anything approaching a rainy season, so weather conditions should be sunny all year-round. Religious visitors will want to time their vacation to coincide with Shi’ite Holy Days such as the Day of Ashura (generally held in November), but accommodations can be more expensive as pilgrims flood into the city. Try March for mild weather and more relaxed sightseeing conditions.

There is not a developed public transport system in Najaf, but visitors can walk between the major shrines and mosques with ease. Taxis and motorised rickshaws will be available for longer journeys, and bicycles are not unknown on the city streets. 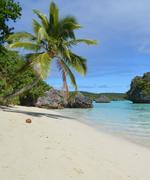 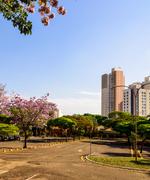 Prices found by our users for local departures to Najaf

Other local departures to Najaf