Ready to save time and money on your next trip from Toronto? Thanks to the first annual Cheapflights Compass Report, which reveals the most popular and affordable destinations from Toronto, you can. We analyzed the results from more than 663,500 hours (that’s equivalent to 75 years) worth of travel searches made on Cheapflights.ca by travellers, like you. And we used everything we learned from all that number crunching to reveal the most affordable destinations for Canadians. You’re welcome!

We ranked the 25 most-searched destinations on the average round-trip airfare from Toronto and discovered some pretty cool things.

Scroll down for the full rankings and watch this video recap of the Compass Report with information just for Torontonians. 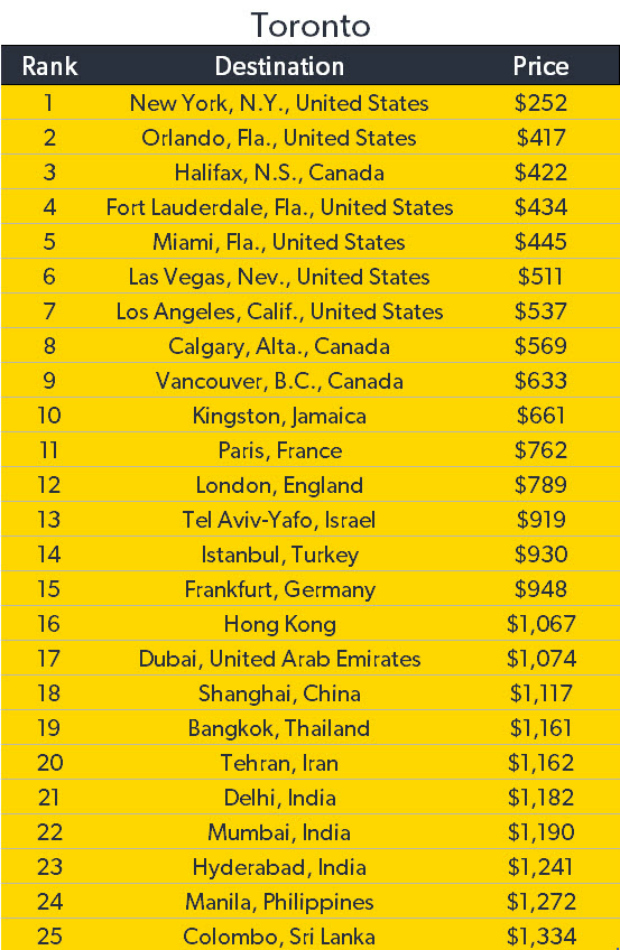