When is the best time to fly to Wichita?

The average January temperature in Wichita is 0.1 of a degree Celsius, and is subject to falls of snow. In July, it can reach to over 27 degrees. In addition to being the hottest month of the year, July is very humid and subject to severe thunderstorms. The schools in Kansas are open between the beginning of January and the end of May, which makes this a less expensive time to visit the city. The Wichita River Festival takes place in early June near the Arkansas River, and lasts for nine days. Events include an opening parade, outdoor dances, concerts and sporting events. The Kansas state schools are open between the beginning of August and the end of December, which makes October a good month to find cheaper flights. At this time, the Tallgrass Film Festival takes place at a number of city locations, and attracts filmmakers from all over the world.

Which day is cheapest to fly to Wichita?

The cheapest day to fly to Wichita is usually Tuesday. At the moment, Sunday is the most expensive.

To get the best value, try booking a flight in the evening when visiting Wichita. Generally the prices will increase for flights at noon as these tend to have higher demand.

Wichita, in the State of Kansas, was one of the original frontier towns and had lawman Wyatt Earp as its resident. The town is home to the Kansas Coliseum, an event facility that hosts trade fairs, agricultural exhibitions, displays of horsemanship and other events that reflect local activity. The Great Plains Transportation Museum is dedicated to showing how the advent of the railroad facilitated human and economic development in Kansas. Here, visitors can see displays of rolling stock and engine interiors.

Among the attractions of the Old Town area of the city is Bedazzled, a studio devoted to glass making, and visitors can buy unique and beautiful objects, including jewellery. The Museum of World Treasures will appeal to visitors of all ages. Closed only on public holidays, its exhibits include Egyptian mummies, and areas displaying prehistoric geological formations and fossils of the animals that inhabited the ancient lands. Other cultural attractions include the Music Theatre Wichita and the Orpheum Theatre. The city also boasts the world’s second largest IMAX cinema.

Wichita Transit operates several fixed bus routes within the city and offers a paratransit service for people with disabilities. This public company also administers a rideshare service, aimed at drivers who wish to share their cars with other passengers. Although two main railroads run through the city, there are no rail services for local passengers. However, several federal and state highways serve Wichita and private bus companies run routes to other US cities.

The Wichita Mid-Continent Airport (ICT) is 7 miles (11 km) west of the city. There is an hourly bus service to and from the city, provided by Wichita Transit. There are several car rental firms in the airport terminal, including limousines for hire. Visitors can also phone for a cab and, across the street from the terminal building, is the office of a van shuttle service. There are also a number of private airports located in the city. 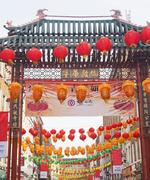 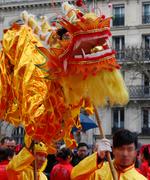 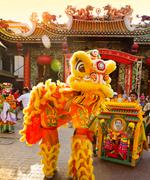 Prices found by our users for local departures to Wichita

Other local departures to Wichita