Whether you’re tired of taking typical resort vacations or you’re looking for something a little different when it comes to how you travel, ecotourism might be just the thing to shake up your vacation routine. Not only will you be experiencing a destination in a whole new way, you’ll have the opportunity to positively impact the environment and its plants and animals. There are so many options when it comes to volunteering abroad or closer to home, but we’ve done the legwork and sussed out our picks for 10 destinations where you can make a difference.

If you love getting out into nature, you’re going to love this chance to work with scientists to discover clues about global warming in the Mackenzie Mountains, a majestic mountain range that runs along the border between Canada’s Northwest Territories and the Yukon.  The researchers here are working to preserve the area’s sensitive environment and learn more about the effects of global warming. You’ll help them look for and monitor signs of climate change, take soil and permafrost samples, monitor the health of the tree line and record information on native plant species. When you’re not in the field, you’ll have a chance to relax at the lodge and attend talks on climate change and the natural history of species in the area.

Spend some time in one of North America’s most popular national parks while at the same time helping scientists monitor climate change and do what they can to preserve the Mojave Desert. As you hike through stunning Joshua Tree National Park in California, you’ll be tasked with monitoring desert vegetation and collecting data on various plants; trapping, recording and safely releasing reptiles and amphibians and exploring the area for larger birds and animals alongside scientists. This is a great volunteer opportunity for anyone who loves hiking in the great outdoors and has a passion for environmental conservation.

Care for wildlife in Hawaii

This volunteer opportunity is your chance to have an unforgettable beach vacation on the Big Island of Hawaii while also helping to care for native and exotic wildlife at a local wildlife centre. During your stay, you’ll be caring for resident exotic and non-releasable wildlife, working with injured wildlife and returning them to the wild if possible and educating visitors and locals about Hawaii’s island ecology and animal behaviour. When you’re not working, you’ll have the chance to enjoy the island’s many beautiful beaches.

Work at an animal rescue centre in Costa Rica

Volunteer at a private ecological reserve in northern Costa Rica in San Carlos province to help out an animal rescue centre and support wildlife conservation efforts in the area. The rescue centre gives endangered, injured and abandoned animals a home and, whenever possible, releases animals back into the wild. Volunteers have a chance to work with the animals by feeding them and cleaning their living quarters (if you need convincing, you can meet some of the animals here). Volunteers will also help to maintain trails on the reserve, work in the greenhouse and participate in community outreach projects in the area. 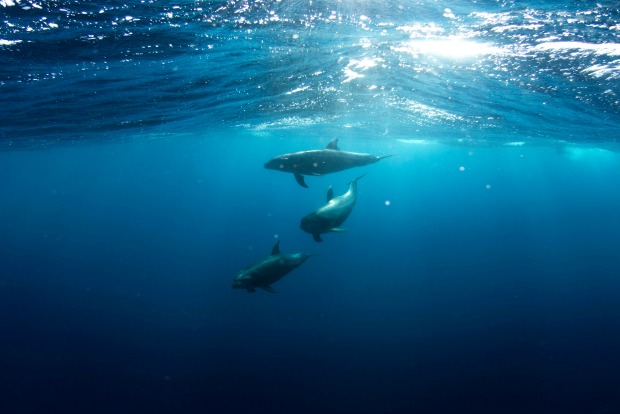 The small village of Zambratija, Croatia, will be your base as you volunteer with bottlenose dolphin conservation on the Adriatic Sea where the bottlenose dolphin population has declined by approximately 50 percent in the last five decades. Your volunteer efforts will include dolphin observation and tracking as well as entering and analyzing data from field work. You’ll learn how to distinguish between dolphin species and have the chance to attend morning talks about NGO efforts to protect marine mammals and ecology. During your stay, there will also be at least one organized group trip to a nearby national park.

Travel to South Africa to the Great White Shark capital of the world to work alongside marine biologists in their conservation efforts. This volunteer opportunity takes you to the beautiful area of Gansbaai, just two hours outside of Cape Town, where you’ll be doing a number of interesting things to help out, including educating cage divers about sharks and ongoing conservation methods, tracking sharks, collecting data about various marine species in the area, working with local children in education and beach clean-up and even getting up close and personal with a few Great Whites while cage diving. 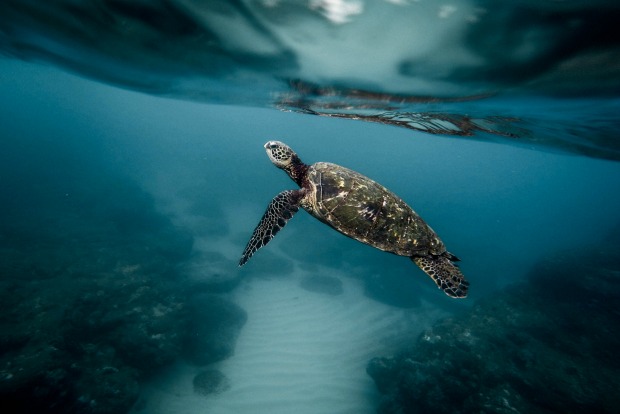 Help with rehabilitating sea turtles near the Great Barrier Reef in Cairns, Australia. The centre treats injured and sick marine turtles brought in from the Great Barrier Reef and Cape York Peninsula and it relies on volunteers for help with providing care. You’ll spend your mornings at the centre feeding turtles, cleaning tanks and giving turtles back scratches (which some of them love). In the afternoon, you might do some reef monitoring or beach clean-ups on the Great Barrier Reef and then have some free time to relax before taking a ferry back to the mainland. Water sports equipment like kayaks and paddle boards are available for volunteers to use during downtime.

Participate in island conservation in the Galapagos

Volunteer with Projects Abroad in the Galapagos Islands, one of the most naturally diverse environments in the world. Volunteers are based on San Cristobal Island in the town of Puerto Baquerizo Moreno and participate in a hands-on way with conservation efforts. The Galapagos Islands are renowned as a location for ecotourism and work for this project includes removing invasive plant species, replacing them with indigenous species, participating in beach cleanups, and observing and collecting data on various native animals, especially the Galapagos Petrel, an endangered seabird. If that wasn’t enough, you’ll also get the chance to work at the Galapagos National Park’s giant tortoise breeding centre.

Work with a mountain conservation project in Nepal

If you’re in search of a truly unique volunteer opportunity in a fascinating area, you might want consider working with Projects Abroad’s Himalayan Mountain Conservation Project in Nepal. The project is based in the beautiful Annapurna Mountain range in the Himalayas. Volunteers will be helping out with several conservation efforts that aim to preserve local biodiversity, increase natural resources in the area and aid in the social development of the nearby town of Ghandruk where you’ll be staying at a family-run hostel. This is your chance to be close to the world’s largest mountain, Mount Everest, and be part of an important environmental initiative. Just note that this volunteer opportunity involves a lot of walking and hiking.

Help with elephant research and conservation in Sri Lanka

Despite the fact that elephants are beloved around the world, in some places they are seen as a nuisance and are treated as such by locals. One of those places is Sri Lanka, where farmers have been known to injure or kill elephants in efforts to protect their land and crops. On this project, volunteers work to save the elephants by helping to resolve the human-elephant conflicts in Wasgamuwa National Park. On a typical day, you might observe and assess human-elephant interactions, participate in elephant research or work with local communities to teach them about environmental awareness sustainability.

Where would you go to volunteer with an ecotourism project? Let us know in the comments below.